What if you could assemble a printer in hours, not tens of hours? Then what if the printer was scalable and easily expandable for different build volumes? And what if the bed was fixed and the gantry moved allowing for solid heavy beds that weren’t disturbed by print removal?

This was my criteria for my latest printer design. In the last post, Part 2, I explored building a printer using custom designed carriages with 10mm bearings running on the extrusions. This spawned the desire for a universal slide that rode on the extrusion, which was modular, and had easy pick-up points which you could mount custom bracketry. 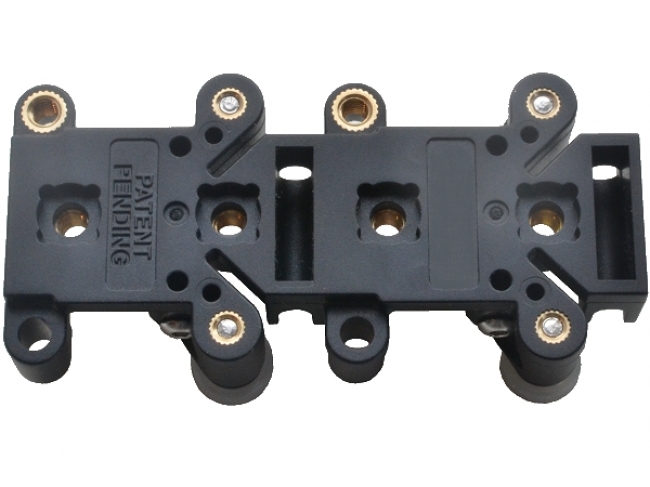 Well, after many months, and three rounds of injection molds, I finally have in my possession a batch of modular linear bearing slides! They are injection molded ABS, ride on steel bearings with polycarbonate treads, and have M4 nuts embedded into pick-up points. And they have an adjustable bearing preload which is easily accessed when mounted.

To attach extrusions at right angles to the slides, I also made rigid brackets. They share the same mounting pick-up points as the slides, and can be stacked for extra rigidity if needed - think LEGO! 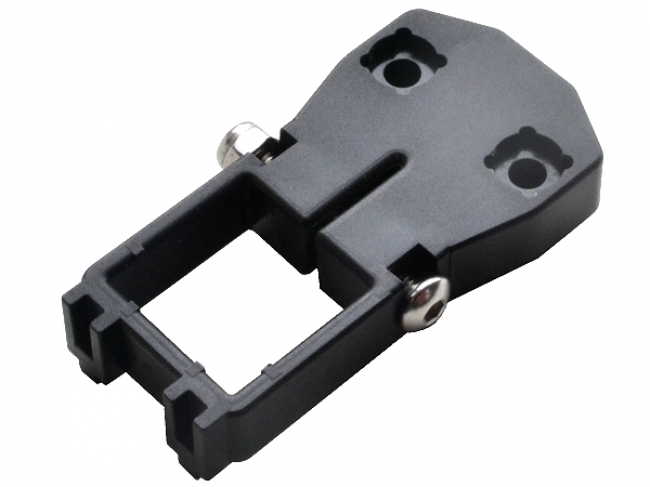 Armed with the new slides and brackets, the CAD design for this printer took shape. My inspiration came from two sources: the Voron II, and the Railcore II, both innovative printer designs. The Voron II uses a belt driven moving gantry and fixed bed with the gantry moving in the Z on four linear rails (though the four rails could cause binding unless the extrusions of the printer frame are identical in length, or unless flex is built into the carriage joints). The Railcore uses three Z screws that can properly level the bed (not just through software adjustments) using the Duet controller and an expansion board (six stepper drivers are needed for this arrangement).

My most recent design will use a moving gantry with only three Z rails. The Z will use lead screws with spring-loaded anti-backlash nuts for now (maybe belts in the future?). The first iteration will be like the original Railcore, with one motor driving all three lead screws. Auto-leveling with three Z motors and the Duet + expansion board is a possible upgrade in the future. 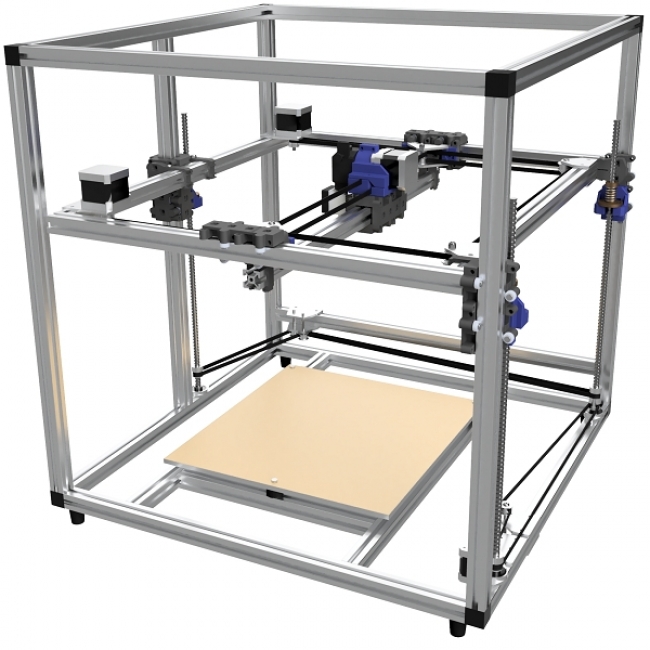 Originally, the design used printed brackets for the Core XY pulleys. But listening to The Meltzone podcasts with Tom and Stefan reinforced my past experiences with printed parts. PLA, when under sufficient pressure (e.g. the area under the fastener head), exhibits compression set (permanent non-plastic deformation). PETG likely less so, but it is also less stiff than PLA. So metal brackets were used throughout where possible - preferably laser cut 1/8 inch aluminum, as that is close to the limit of local job shop equipment for reflective material.

The carriage is the popular Core XY arrangement for now. A Cartesian arrangement with a third carriage motor for the hot-end axis is an option for future comparison. The Cartesian setup has the benefit of half the belt length vs the Core XY, and associated reduction in artifacts in the print stemming from belt stretch and springiness. The Core XY on the other hand uses one less motor, with the associated axis being lighter. That is less of a concern on this printer design as the extruder directly drives the hot-end and is quite heavy to start with at 540g, being the Bondtech QR! 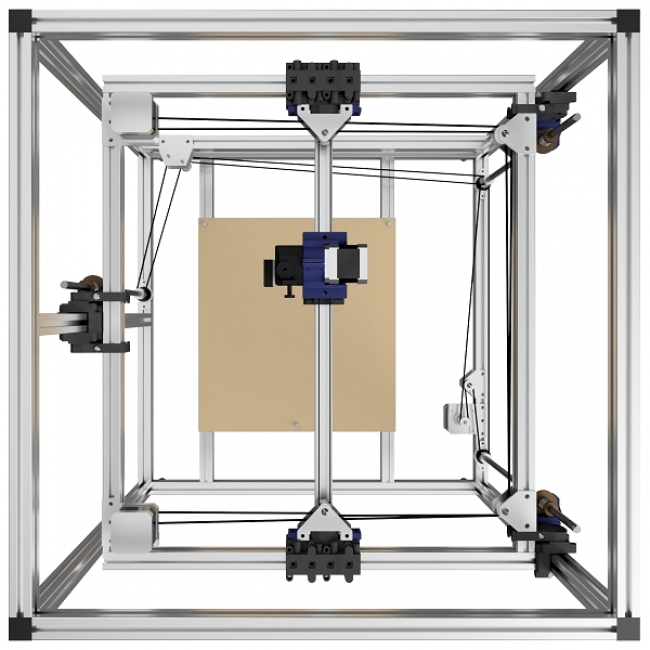 One issue with using three Z rails instead of four like the Voron is the XY gantry can come out of plane fairly easily. To combat this, the single rail on the one side rigidly holds one extrusion parallel to the bed (the bed still needing one axis of adjustment to compensate for out of parallel), and two rails on the other side with adjustment to the lead-screw nuts to maintain the XY gantry in a plane (not needed if individual Z steppers used like in the Railcore). So there it is, I hope it works! Off to building it up!

A word about open source. The slides as shown on the main page are patent pending in the US (much like many standard linear bearing designs). The brackets and mounting aperture on the slides are open source, as is the entire printer design as shown here. The slide product page will have STEP files of the slides for CAD programs, and a drawing of the mounting interface. For the printer as a whole, I’ll post the Fusion 360 files and a DXF laser cutting file for the aluminum brackets after I build the first unit, in Part 4.